If you’re multilingual, then it’s only natural that you’ll think about doing your blog in at least two languages. After all, by doing so you can get your content to a much wider audience – especially if you’re topics are about things that interest people who aren’t necessarily well-traveled or likely to know additional languages. 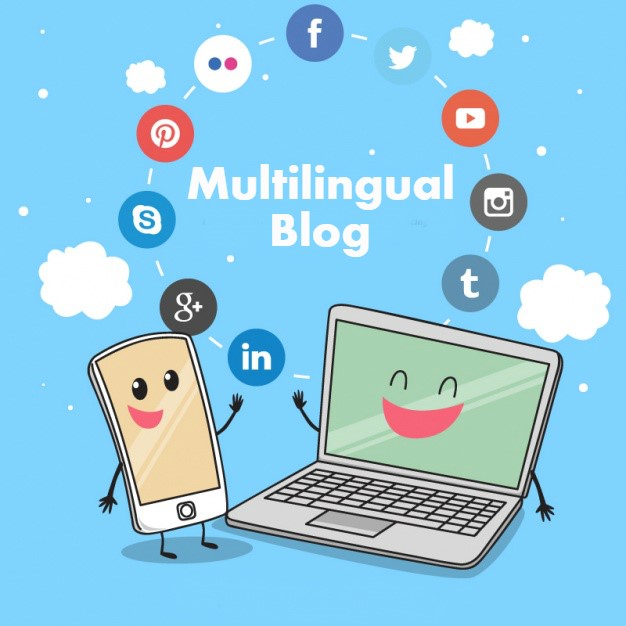 And it is very tempting. At the same time, it will cause a lot of hassle. So no doubt you’re wondering if it’s actually worth it. That’s what I did when I decided to start a multilingual blog in Hindi and English.

Here is what I learned.

It’s a lot more work than you realize

When you run a multilingual blog your work doubles. This is because you have to translate everything. And that doesn’t just mean the blog post. It also means all the other language on your site, as well as all the social media content you’re throwing out there.

In fact, in some aspects – like the marketing – it will more than double as you’ll have to find the right groups and keywords for both languages. And that can be incredibly labor intensive.

What’s more, some of it will be quite repetitive. You’ll throw all your energy into writing blog post and then you’ll have to translate them as well. That can be a serious drain and might even stop you from writing the post to begin with.

What about using somebody else? That’s what I tried. I had somebody commit to writing all the posts. The thing was, she ended up not living up to her word (probably because she didn’t think it was as exciting as she’d hoped it would be). The result was that the Hindi section ended up lagging behind.

I guess I could have paid some good translation service to do it, but as the point of the blog was to make me money instead of having me spend money, that wasn’t really an option.

Use the tools that are out there

Still considering a multilingual blog? I don’t blame you. It is incredibly enticing to get out of the English web. After all, it’s far more expansive than any other language, which means almost every niche is saturated. That’s less likely to happen in other tongues.

If you do want to go down that road, make sure that you use the tools that are out there however. Google translate, for example, is a must. They recently did a massive update to their system, which has made it a lot more accurate than it used to be.

Of course, it still won’t work on its own. You’ll still need an actual translator to go through and make sure the meaning did not get distorted. Otherwise things like:

Which isn’t exactly the same thing. In fact, you might as well scratch the ‘exactly’ from that sentence (example taken from indigoextra.com).

Still, it’s a time-saving tool and it’s free. So there is that.

Consider something different from one to one

Another good move is to not do a one to one translation where everything you write in the first language gets written into the second one (and vice versa). There are several good reasons for this.

Even better, if you do realize that running both languages is too much work, then you can always consider bringing in somebody new to run the second language. As the site will have an independent personality, that will be far more interesting to most people.

Heck, you’ll even be able to sell the second language if you realize it’s become too much as it will be its own thing.

In the end the answer to ‘is it worth it’ is ‘it depends’. Yes, like so often, that is yet another cop-out. But then, that’s because it’s so often true. It depends on how much energy you’re willing to invest. It depends on whether the niche you’re exploring is available to you in both languages. And it depends on if you yourself speak the second language well enough or know somebody who does.

If you’ve got the energy, the niche and the language, then go for it. If you don’t, then it’s better to hold off.

Earn more or increase website traffic by doing the methods mentioned in this article, you are sure to earn as much as what you expect. You want people to stop what they are doing and read your article right then and there. Tell them they will have exclusive rights to publish the article for 2 — Read More —

5 Blogging Trends for 2020: Follow Them or Watch Your Blog Die!

Are you aware of the latest blogging trends? If you’re new to the blogging world, then the first thing you should know is that Blogging has changed a lot in the past decade. What started as online journals has now evolved into one of the most powerful tools for businesses. The benefits of blogging are — Read More —

5 Biggest Video Marketing Mistakes and How to Avoid Them

In this digital world, video marketing takes the center stage. It has now become one of the most crucial strategies for many marketers when it comes to reaching and engaging potential customers. But it requires careful planning as so many even pro marketers do video marketing mistakes. Online videos allow marketers to convey their message — Read More —

One thought on “Multilingual Blog, Is It Worth It?”