Cryptocurrency discussions are getting mainstream. From news anchors to parliaments to your neighbor and colleagues at work – everyone is talking about cryptocurrencies all of a sudden. Bitcoin has become a household name – and a global phenomenon. Over the past few years, cryptocurrencies and the blockchain technology have brought about major changes to the global fintech systems and this change is expected to become more prominent as years pass. 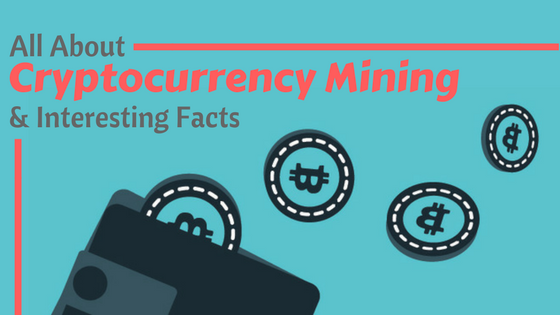 Despite the overwhelming number of people who are already investing in cryptocurrencies, there are still many who are yet to buy their first Bitcoin – or invest into the cryptocurrency markets. If you too, happen to be one of those people, here’s a complete beginner’s guide to cryptocurrencies – and everything you need to know about cryptocurrencies before you start investing.

Cryptocurrencies are basically digital tokens which carry monetary value. Simply put, they are virtual currencies which do not exist in a physical form. They are a decentralized form of currency which do not have a central governing authority. There are over 1500 cryptocurrencies in the markets – and each of them has some unique proposition based on which people trade or use them.

Advantage of Cryptocurrencies over Cash

Cryptocurrencies have a number of advantage over a traditional banking system and cash-based economies. Since it is a digital form of payment, it is much faster when it comes to international payments. While banks take multiple days to process payments and often charge a high fee – cryptocurrency payments are faster and cheaper. Moreover, cryptocurrencies also offer a more secure and private means of transaction as opposed to a traditional banking channel.

Is Bitcoin the same as Cryptocurrency?

5 Popular Ways to Get Cryptocurrencies

Now that you know what cryptocurrencies are and how to get hold of them, let us take a quick look at 5 interesting cryptocurrency related facts!

Despite intriguing the interest of millions of people across the world – no one really knows who the creator of Bitcoins is. The only thing we know about the creator (or creators) of Bitcoin is the fact that he (or they) go by the name of ‘Satoshi Nakamoto’. The real identity of the person or team behind this pseudonym remains anonymous.

There have been multiple speculations and many names have been assumed to be Satoshi Nakamoto – but there has been no confirmation as to who he really is. As a tribute to the creator of Bitcoins, the smallest divisible unit of a Bitcoin has been named a Satoshi. 1 Satoshi = 0.00000001 Bitcoins.

As absurd as it may sound today, someone paid for 2 Pizzas using 10,000 Bitcoins in 2010! At the time when this purchase was made, the collective value of 10,000 Bitcoins was $41 – which was paid to Papa John’s Pizza by a developer for two pizzas! If you compare the price growth since then, 10,000 bitcoins today would $92 Million. If you look at the all-time high, 10,000 Bitcoins would be worth almost $200 Million in December 2017. Those pizzas better have tasted good!

While there doesn’t seem to be much you can buy legally – there’s a massive illegal marketplace on the dark net which sells everything from weapons to organs to exotic pets – as well as drugs and other banned substances. These marketplaces usually accept payments only in cryptocurrencies. In addition to this, money laundering has been another major illegal activity which has been associated with cryptocurrencies. Extortionists and kidnappers too – now accept crypto payments.

The crypto-craze is not going to end in our lifetime! While 17 Million out of 21 Million Bitcoins have been mined – the last Bitcoin would be mined in the year 2140. This is because the algorithm is such that the mining difficulty keeps increasing constantly – and so does the price of cryptocurrencies – basically balancing it out for the miners. Going by this calculation, the last Bitcoin is expected to be mined in October 2140!

While you are busy with your life, there are a lot of things that missed your attention, that shouldn’t. I take great pleasure in providing vivid details about the new releases that are happening. Year 2014 is full of new stuff and astonishing gadgets, compared to 2013, there are many upgraded versions and many more — Read More —

Exploring Within the Popular HP Laptops

HP has for years launched laptops that have been quite a good success. These are equipped with latest technology and innovative design and configure efficiently and have good features and the functionality. For customers wanting to choose within HP laptops here is a brief breakdown of its top 4 laptops and the pros and cons — Read More —

Joomla is the internet’s second most popular content management system (CMS) behind WordPress. Millions of bloggers and website owners around the world have turned to Joomla to take advantage of its many benefits and features. In addition to the great services they provide, Joomla are also famous for the number of big name, blue chip — Read More —