Everything starts with an idea. A light bulb moment, which either creates a small impact or changes the course of human history itself. Take the internet for example. This technological phenomenon didn’t come into existence overnight. It was first conceptualized by someone and then given a shape of reality with constant struggle. And now look what it has allowed us to achieve. A futuristic upgrading on nearly every level. Similarly, the World Wide Web is full of such innovative tech ideas which are still in their infancy and need backing to be turned into actual works of wonder. 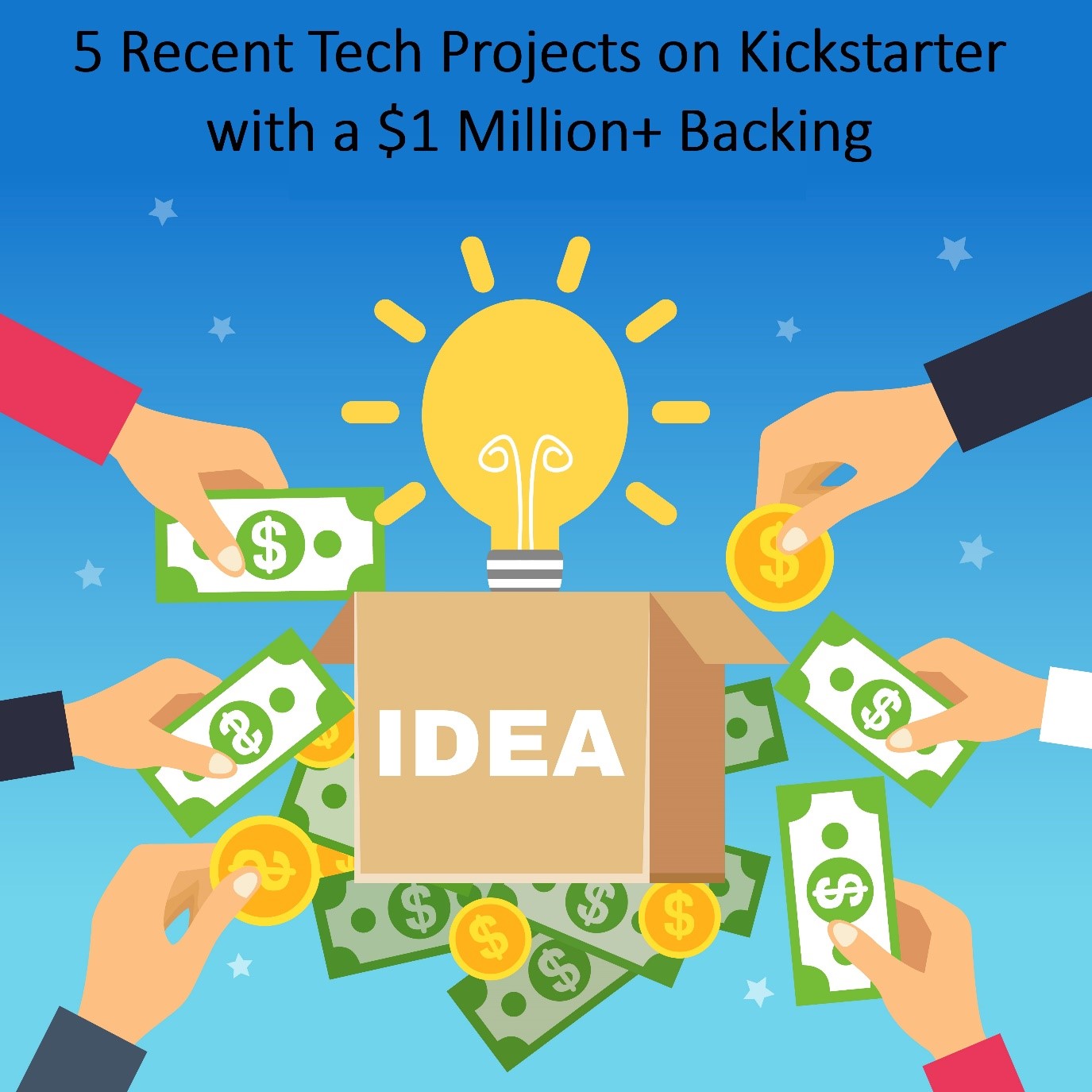 One of the best platforms which funds such creative tech ideas is Kickstarter. Founded in 2009 by Chen, Adler, and Strickler, this web portal uses the crowdfunding method to back up ideas monetarily. Here’s what you need to know about crowdfunding. It is a practice of financing ventures by gathering small contributions from a large number of people, typically found on the net. If you’re one such individual who would like to invest in a tech project and see it through to the end, then head over to Kickstarter and pledge your contribution.

There’s a slight catch to it, though. Let me explain it.

Best case scenario, you invest in the right venture which hits the market and generates unprecedented revenues. All’s well. However, worst-case scenario, you help fund a project which creates a huge hype but then gets discontinued after some time, taking your money with it down the drain. What are you to do then? Let me answer that. Like social circles, you choose your Kickstarter tech projects wisely.

To help you with this task, I’m going to list the best tech projects which have managed to hit the $1 million mark in 2019 and which will surely be worth your money. Check these tech projects out below.

Declared as the most funded smart home project on Kickstarter, eufyCam has a uniqueness of its own. Wherein doth it lie? The smart facial recognition technology, with target-specific alerting sensors. Plus, this product has a one-year guaranteed battery life, bank-grade encryption, a weatherproof sturdiness, a 1080 HD quality live video output, a night vision enhancement, a wireless experience, and easy installation. What more could a safety-concerned citizen want? So, if you pledge your backing to this project, you’ll definitely not regret it.

With $1,208,026 already generated by its 2,974 or so pledgers, the Nebula Capsule II is well on its way to changing the whole cinematic game for the viewers. This smart, cylindrical gadget proposes to project a gorgeous 720p picture in HD quality using its DLP (Digital Light Processor) on any 100-inch screen you can find in your home. It offers a brighter video, louder audio, a three-hour playtime, 1-second focus capability, USB-C charging facility, and a voice-controlled remote. Moreover, it has a built-in Google Assistant and can stream anything from movies, TV shows, video games, and whatnot. Due to its universal connectivity, you can even sync it with your Spectrum Cable TV Packages and plans and watch live TV from there. So, do consider backing this project on Kickstarter. It seems to be worth it, no?

What’s the most crowdfunded accessory of 2019? Smart Belt 2.0. Yes, this product, created by Holt Evans and Radu Zarnescu, has managed to raise $1,432,637 on Kickstarter with around 14,071 backers. The belt itself has a light yet strong Kevlar core, a rare Italian leather finishing, more than thirty micro-adjustment units for comfortable wearing, a smart scratch-resistant coating, more than three color varieties, and a customizable sizing option. It’s truly a fashionable wear, deserving your backing.

Virtual reality or VR is all the rage these days. It is a 3D simulated environment which is computer-generated and can be interacted with through specially modified gear, like a headset. Pimax is one such VR headset which is considered as a top-end product on Kickstarter. It is incredibly light to wear, has a next-gen 200 degrees FOV, and can effectively remove the boundary between the artificial reality and the physical reality with its 8K resolution. Pimax has almost six thousand backers who have funded it with over four million dollars on Kickstarter. Do check it out.

The brainchild of Carlo Ratti, an MIT professor, this small yet powerful robot is any digital artist’s dream. Using four primary color combinations, it moves across a vertical surface in a systematic manner using its two climber wheels and creates any sort of image you feed it to via the web. Whether it’s a Van Gogh painting, a motivational quote, the day’s menu or an entire Harry Potter chapter, Sribit can write it all. Not only that, it can easily erase whatever is drawn using the affixed eraser, and redraw as many times as you want it to. This product is incredibly simple to install and has an app of its own. Due to its manifest utility, it’s already raised $1,641,316. Just imagine what it can do once it’s openly available in the market.

These are hands down the most recent tech projects on Kickstarter. Kickstarter has been in business for many years now and has launched campaigns that many crowdfunding companies can only wish for. So, with the aforementioned tech projects in the pipeline, the future looks irresistibly brighter. Don’t you think so?

7 Reasons Enterprises Are Intimidated By The Cloud

One of the reasons that the cloud can be intimidating is the issue in power consumption. Moore’s Law states that transistors double every 18 months. There are a lot of transistors required for cloud, but that also means a lot of power and a lot of heat will be generated. The larger the cloud, the — Read More —

Three Reasons Your PC Has Slowed To A Crawl

There can’t be many regular PC users the world over that haven’t from time to time found themselves shouting profanities at the screen due to slowdowns. Recent research has suggested that on average, every single person across the country spends a full five days a year staring at the annoying spinning cursor kindly informing us — Read More —

5 Must Have Portable Accessories in 2017

2017 is the year of portability. When we are looking for gadgets and technology, we want it to be convenient and accessible. We essentially want to be able to take our devices with us no matter where we go. Luckily, there are plenty of must-have accessories that improve the portability of other devices while being — Read More —